'Collettivo UP' is a proposal by Urgent Paradise presented at SWA. This project was initiated around the Whatsapp platform within which the octopus functions as a metaphor; with its 8 tentacles, (8 brains) connected to the bigger one in the head. The decentralized brains of the octopus is a way for us to think a non didactic organisation. T.2, T.5, T.7 and the others, are as many brains as we are, linked to this ensemble. Each of the brain should interact through his standpoint. We want to produce total confusion of identity that aims, later on, to re-establish that identity under a renewed contract. These different relations to the platform are a way to interact within or outside the space.

Suddenly the color of her skin began to change, from a deep orange, she became white and the structure of her skin was reminding the tilled floor. T.3 reacted by urging T.5 to shut her brain down. T.5 was so weak it couldn‘t even respond.
At one point, T.2 woke up as from an nightmare. It shouted very loudly and calmed down immediately. T.2 was a little numb and its movements were very slow. It unfolded its long arm until it hit a glass vase. As it was transparent T.2 began to touch it and really trying to feel. Donna Haraway speaks about the tentacular knowledge, about the knowledge through contact. That we don‘t need to understand and trying to grasp the whole but begin locally and precisely, through delicate senses.

You are invited to interact as an additional T.

After the opening on February 16th, the platform will survive as an archive, archeology of our shared knowledge collected during the intervention.
You are also invited on February 24th to come again to SWA or on the Whatsapp group, to listen to a conversation about the topic of the exhibition that will take place in Urgent Paradise, Lausanne.

-> To be part of the Whatsapp group contact: urgent@urgentparadise.ch 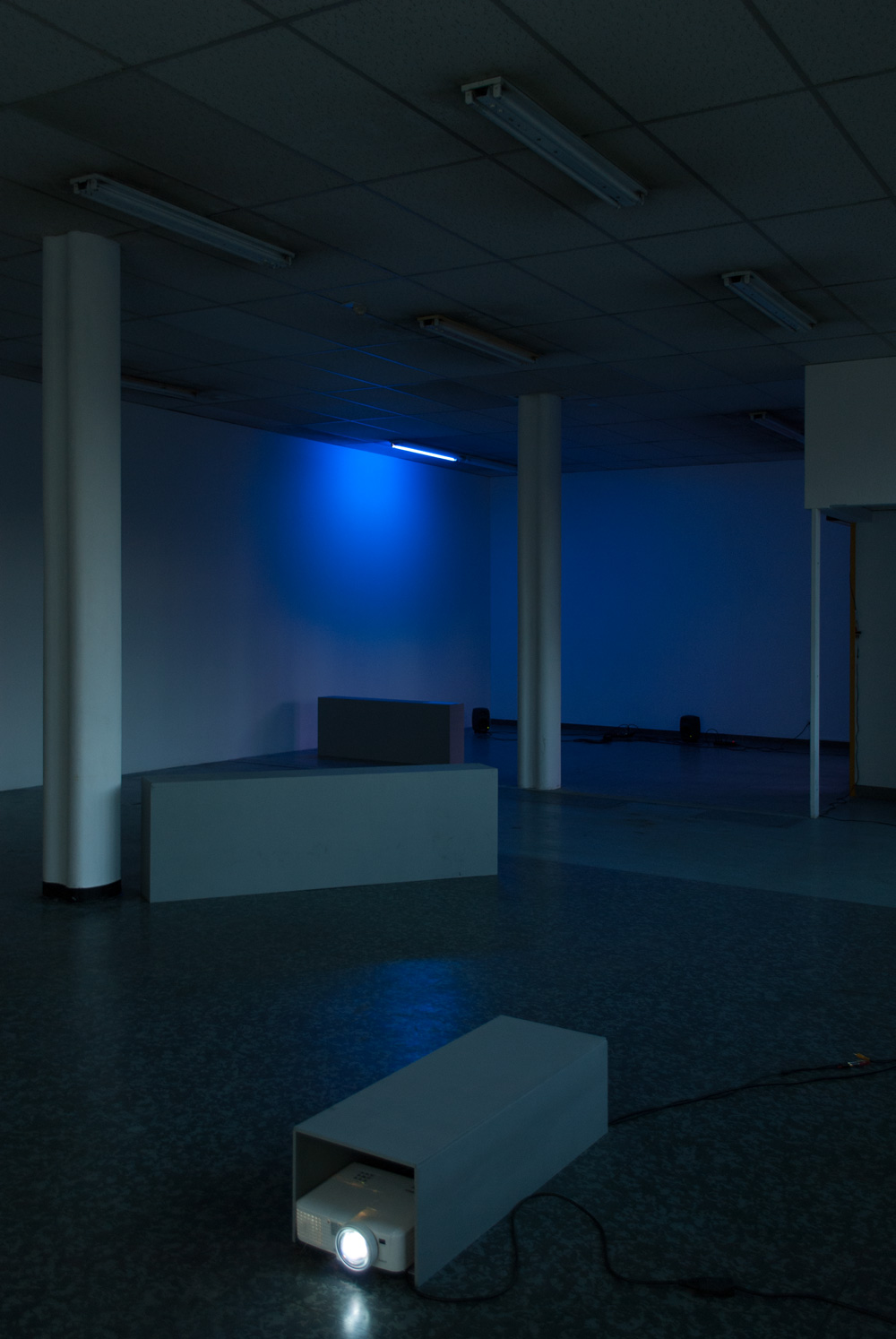 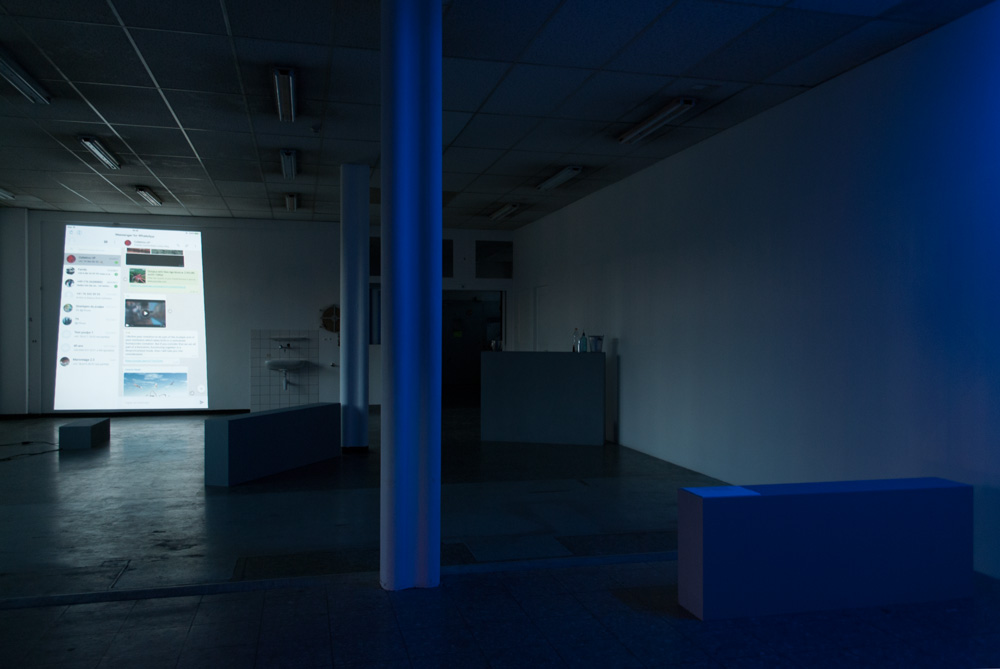 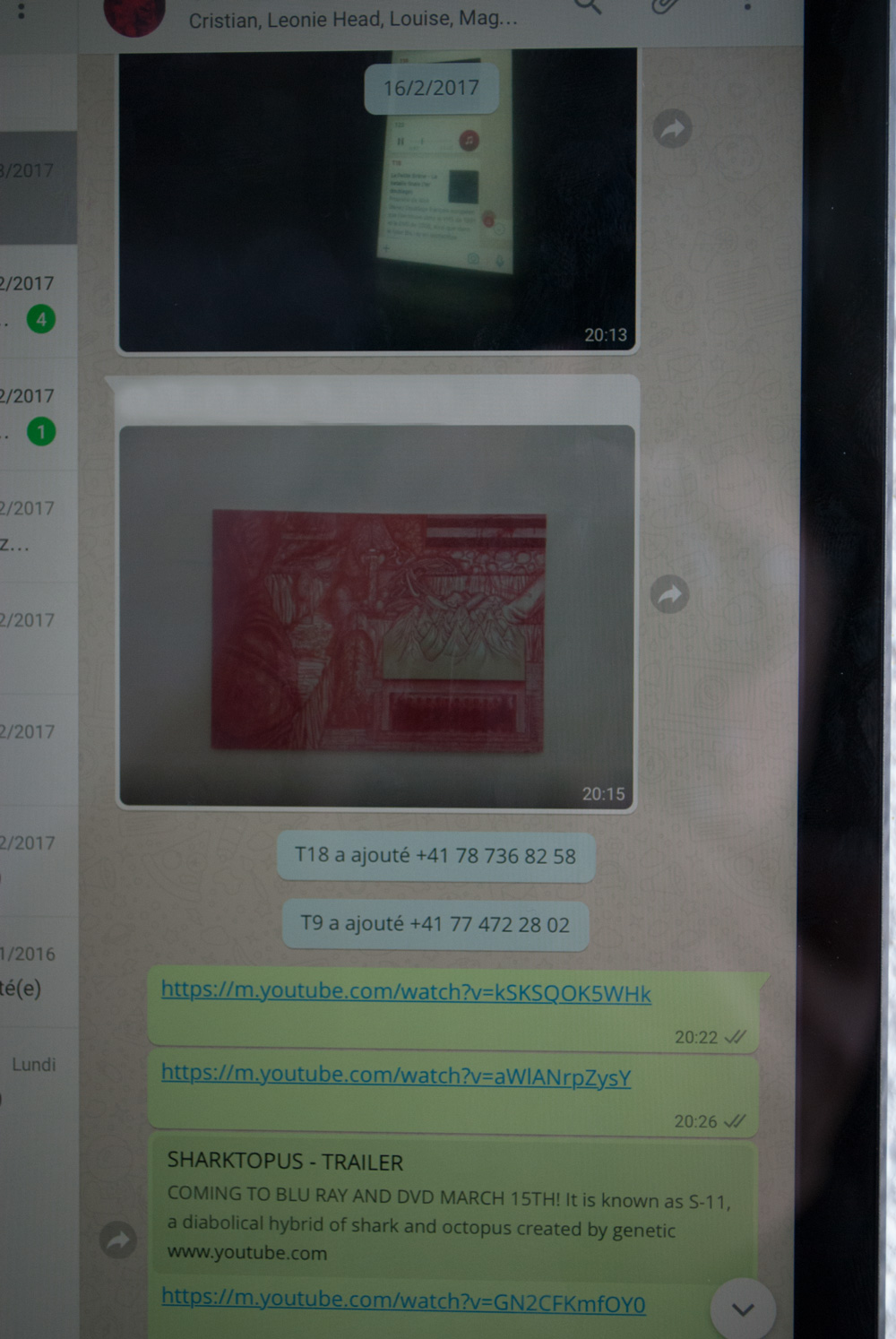 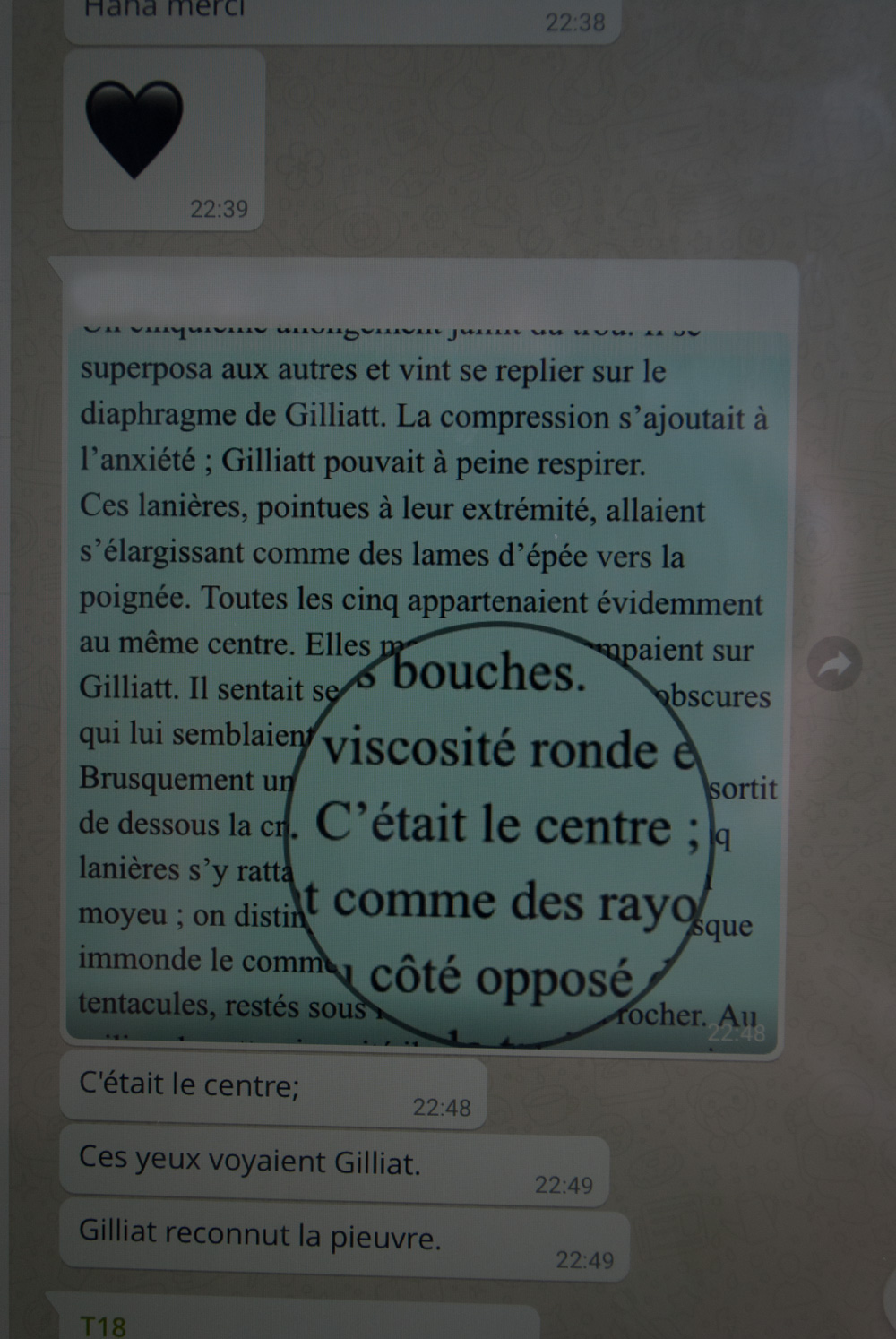 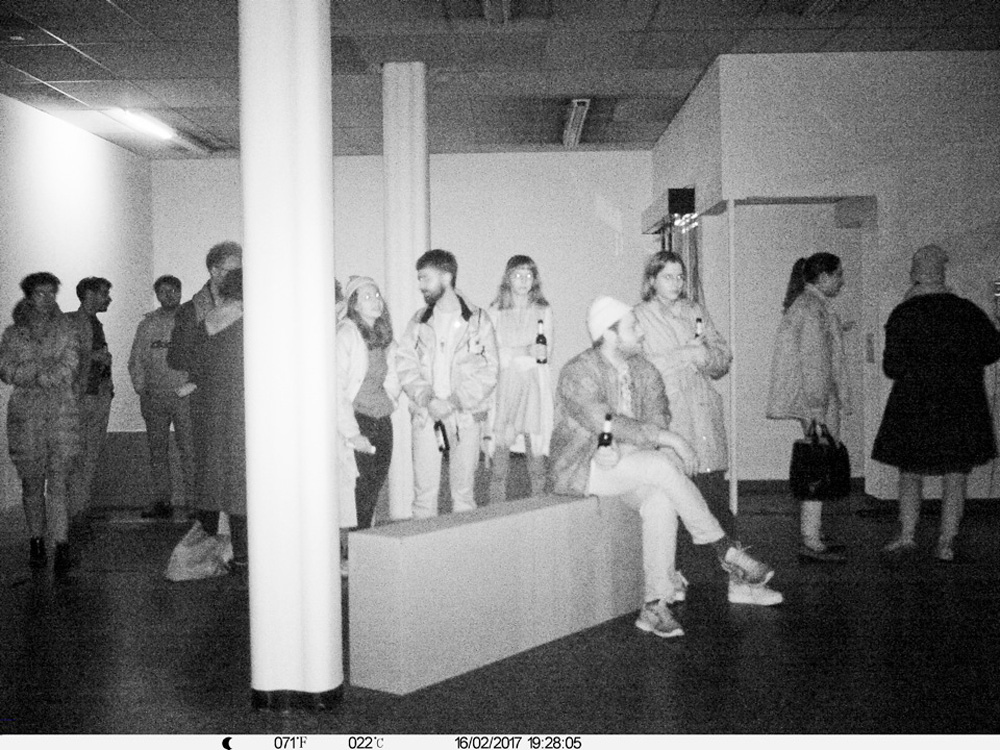